Having to wake up at 3am, when on a holiday, is not very much of a problem for adventure lovers, especially when you have arranged to go trekking. At 4am we had already collected our guide Jot Je Lala, an expert in mountain trekking at Lokon, and we swiftly started our climb.

The lava was slippery and the way up especially in the dark was particularly tricky for the inexperienced trekker. Especially if you are not well prepared,  and don’t have proper trekking boots, long comfortable pants as you go through bushes and of course a torch (I managed to forget all three of the above!). 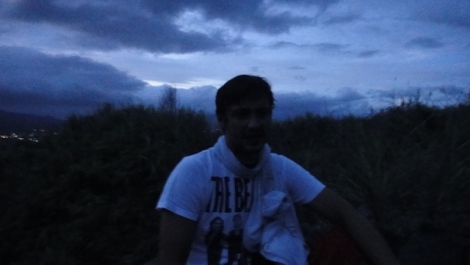 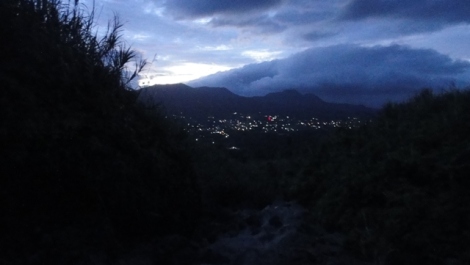 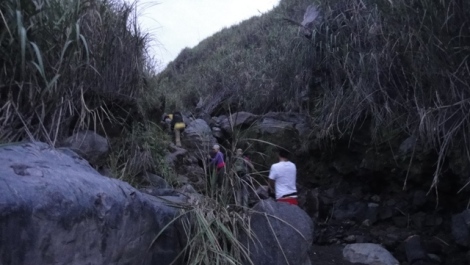 However, when we reached the top after approximately 2, 5 hours, the scenery was breathtaking and the sunrise really made our trouble worthwhile. We got the opportunity to get really close to the volcano crater for some amazing pictures; however, when the wind changed direction, we had to run away as the sulfur gas emitted from the crater is poisonous and can cause dizziness and nausea. 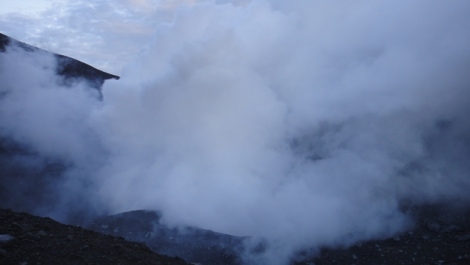 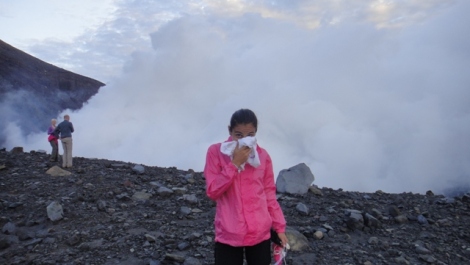 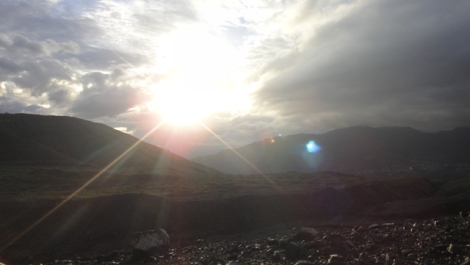 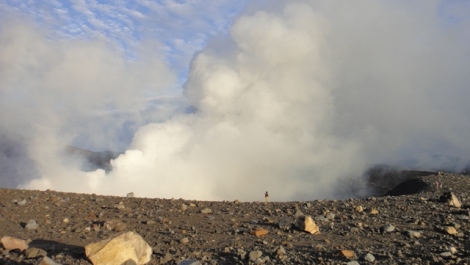 The way down was not as hard as the ascent as we had plenty of sunshine and good visibility, though it was quite slippery! Guide Jot Je Lala has put up some photos of us on his blog and we thank him! http://lovelysulawesitour.blogspot.gr/2012/07/lokon-volcano-adventure-tour-and-mahawu.html 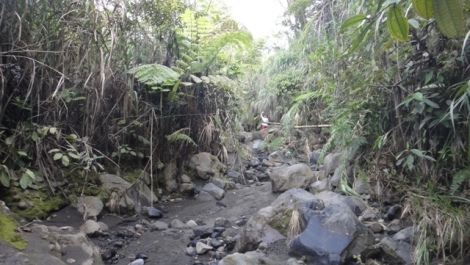 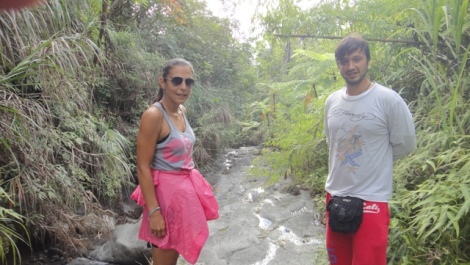 On the 21st of September there was an eruption and our friend, Bagus Lesmana, send us a photo of the eruption, as he captured it from his house. On that day there were two more volcano eruptions, Soputan and Karangetang, which covered the surrounding villages in ashes!

Climbing Mount Mahawu is much easier as there is good car accessibility to various points on the mountain and you can therefore start climbing from whichever point you wish. Mount Mahawu is opposite Lokon and is a well-known place for bird watching and plant watching. We were impressed with the Pitcher Plan flower/Nepenthes (a carnivorous orchid) which can be found near the rim crater. The view from Mt. Mahawu was also breathtaking as we could see Manado, Tangkoko Nature Reserve and even the Togian Islands! On the way down, we met a group of motorcyclists who came from Manado for a visit to Lokon and they wanted to have a photo with us. How sweet of them! 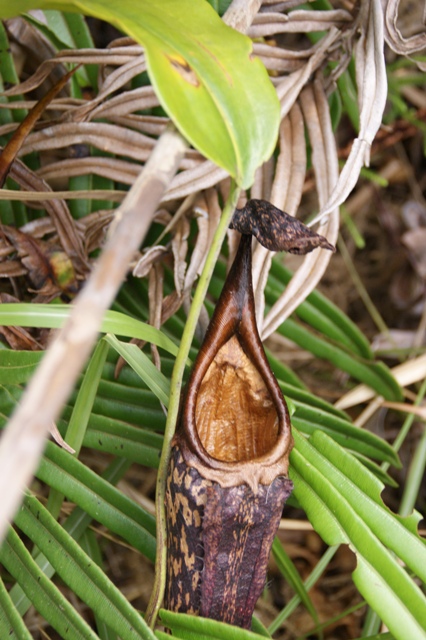 6 responses to “Volcano mania in Sulawesi”

Mimi And Chris On Tour

Family Holidays Queensland and Beyond

A tiny Barnacle in a big ocean

Polish girl married to a Hongkonger, based in Hong Kong

THE EDITOR'S JOURNAL
Break Your Cage

Embracing The Unknown - Travel is not a pause from life, merely an extension of it.

Some sense & Some non-sense

My Experiments with Sanity

Bipolar Addict on a Mission towards GROWTH

4 out of 5 dentists recommend this WordPress.com site

Photographies from my soul